I'm covering the Phoenix landing on Sunday from NASA's Jet Propulsion Laboratory. Today was my second trip to JPL in as many weeks. I had a chance to interview two of the Mission Managers and I recorded them with my totally awesome Sony PCM-D60 using an excellent Sennheiser MD46 microphone and listening to it all with my Sennheiser HD 25-1 II headphones.

The first interview is with Joe Guinn, Mission System Manager: 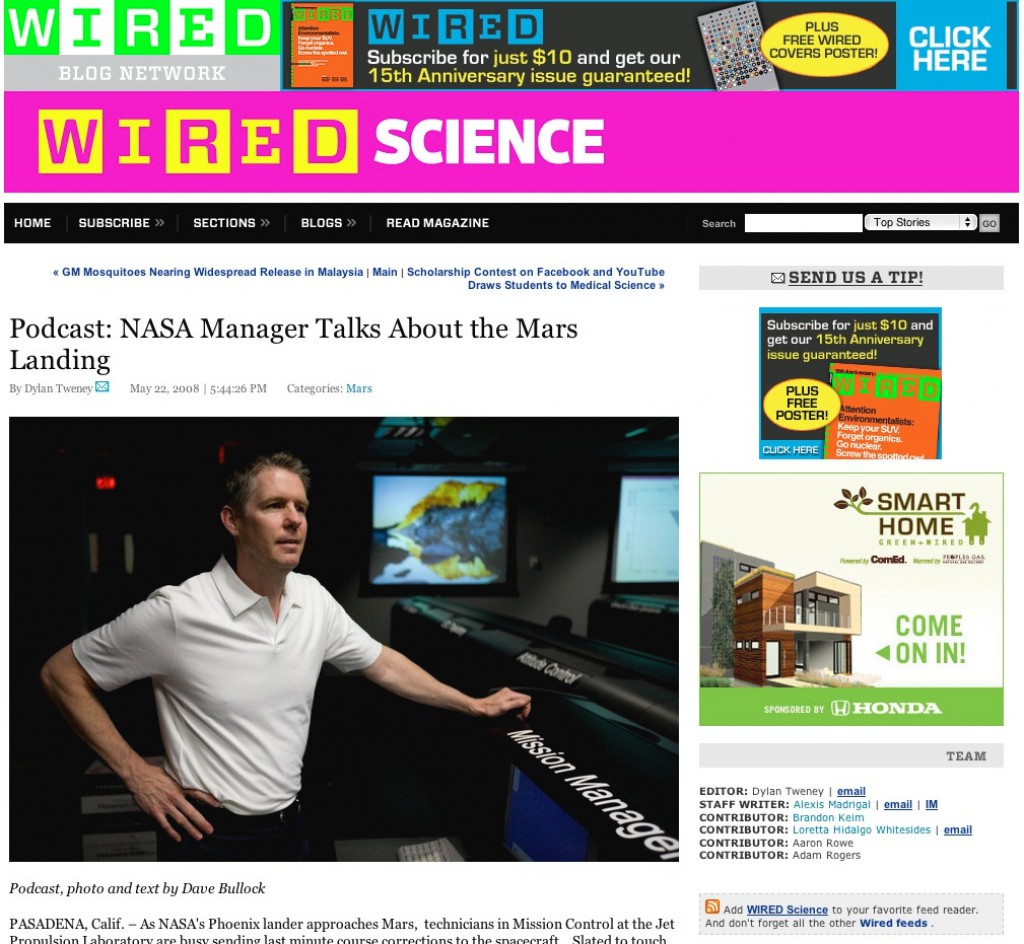 My second interview that I recorded today is with Barry Goldstein, Phoenix Project Manager: 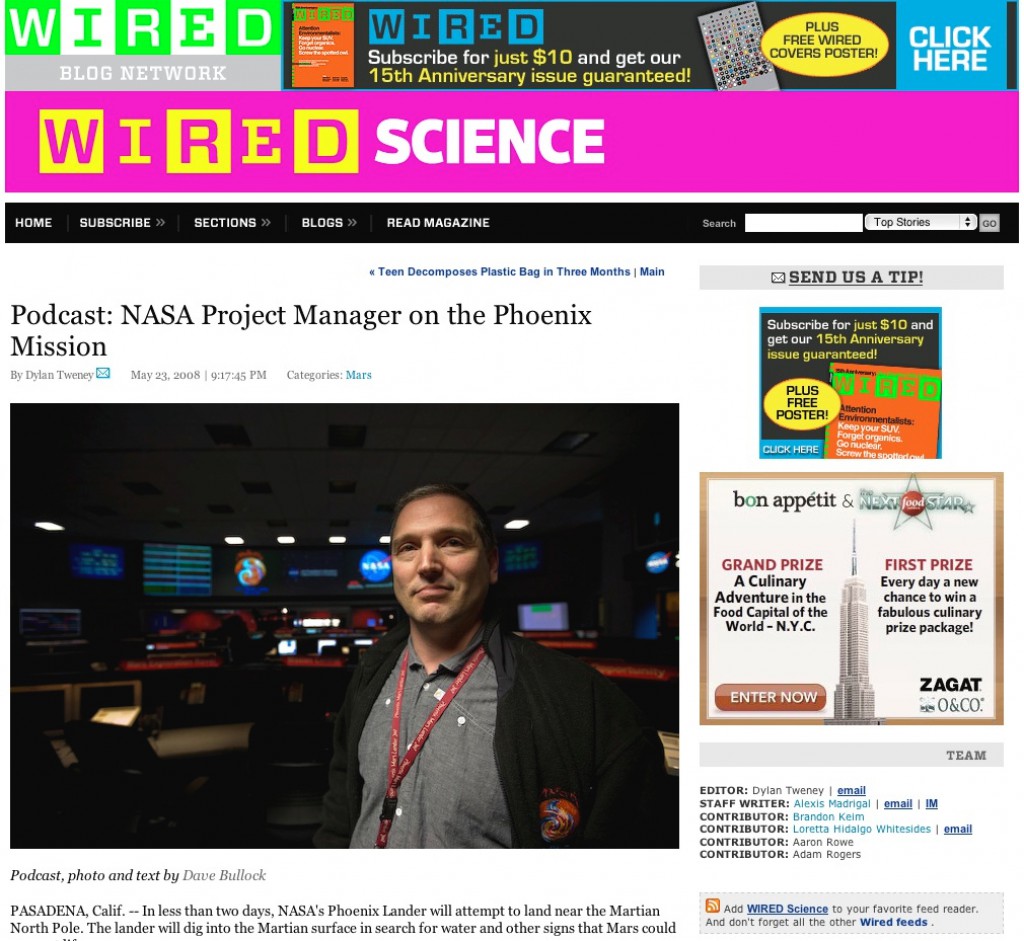 A funny anecdote: After interviewing Goldstein in Mission Control I asked him to move into some better light for a photograph with a good background. When he was walking over there I signaled Reuters photographer, Mario Anzuoni, to follow me so he could get a good photo as well. After I shot my photos Anzuoni took his, which is now up on Reuters. Here are some other great photos of the San Diego fire by Anzuoni.

technician in Mission Control at JPL had a Ruby book on his desk... not for NASA he said, for fun. NASA uses perl [2:46 pm]

Last week I took an early morning drive out to the Mojave Desert to visit NASA's Goldstone facility. Goldstone is one of three Earth locations of the Deep Space Network (DSN). The DSN is used to listen to and control spacecraft and has been around since the 50's.

A few days later I headed to NASA's Jet Propulsion Laboratory to get some photos of Mission Control and interview a lead technician responsible for the landing [click to listen to the podcast].

I will be covering the landing live on Sunday for Wired.com. My Mars landing coverage can be found here on Wired Science. Click on the image below to see the gallery: